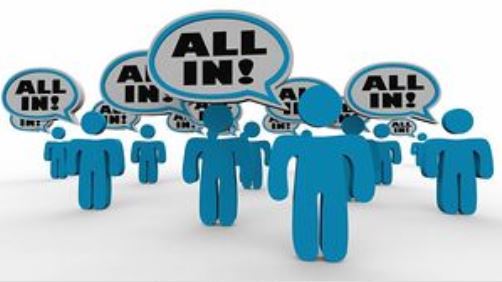 The word Nazarite actually signifies separation and consecration. It was an Old Testament practice, but is also witnessed in the New Testament as well. It was a vow taken by an individual for either a lifetime or for a season of time. Some Nazarites were appointed by God himself, such as Samson or John the Baptist from birth, but for the most part, was a free will decision by the Israelite themself. A Nazarite was an Israelite who took a vow to separate from the world and devote him or herself to the Lord in greater measure. That vow consisted of separating themselves from the world by abstaining from certain practices, including not drinking alcohol, not cutting their hair and not going near a dead body.

The Nazarite lived a different lifestyle than other Israelites. They did not engage in certain things that were permissible for other Israelites. It wasn’t a self-righteous decision. It was a self-deprivation decision.
What was the purpose of such separation? Why did God call certain individuals to such separation and dedication? There was a certain anointing, empowerment or calling that accompanied the Nazarite vow. For John the Baptist, it was to prepare the way for the Lord. For Samson, it was an empowerment to deliver the Israelites from Philistine oppression.
My question is: Where is the modern day Nazarite? Where is the person who will take a vow of separation from this world and dedicate themselves in greater measure to God and his purposes? God is a rewarder of those who diligently seek him. Included in diligently seeking the Lord is decisively separating from the world. Diligently seeking requires decisively separating. What is it that God is calling you to separate from? Maybe it’s the decision not to drink or not to watch “R” rated movies (or some PG-13 for that matter). Consider what that something might be for you.
It grieves my heart to see such compromise in the church and the lives of Christians today. Some things are not a matter of sin as much as they are a matter of separation. Those things may not affect your salvation, but they will affect the anointing God will place on your life and the degree to which he will use you for his purposes. It’s not a matter of being good enough for God to use you. It’s a matter of “cleansing yourself from ignoble purposes” and becoming an “instrument for noble purposes, made holy, useful to the Master and prepared to do any good work” (2 Tim. 2:20-22). Being prepared to do any good work that God will call you to will require cleansing yourself from ignoble purposes and living a holy life. Just because it’s popular among your generation (even in the church) doesn’t make it right or even a wise decision. Make the decision to stand out among your generation. Make the decision to be a leader of separation and dedication in your generation and not a follower of what’s accepted. I’ve said it before and I will say it again and again – Christianity isn’t a matter of living as close to the world with God’s permission, it’s living a life of separation from the world in dedication of your life to God.
God has a plan that includes an anointing for my life and requires a greater level of separation and sacrifice; that requires living as a modern day Nazarite. How about you? What is God calling you to separate yourself from in dedication of yourself and service to Him? The choice is yours!