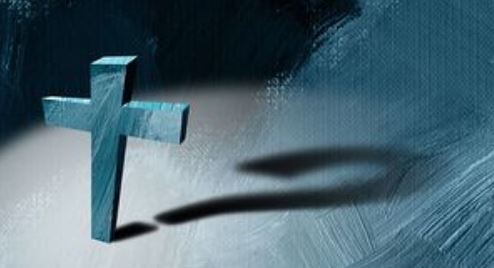 Here’s a question for you: Why did the serpent (Satan) go to Eve with the question, “Did God really say…?” We know that Adam was with her, but it was Eve that Satan directly approached with that question. Why didn’t he approach Adam with that question instead? If you have ever heard me speak on this passage, you know my answer to that question. The reason Satan went to Eve instead of Adam and asked, “Did God really say…?” is because Eve didn’t really hear God say… She didn’t hear God speak those exact words. Only Adam did. When God spoke those words and gave that warning it was to Adam alone because Eve had not yet been created (See Gen. 2). That is why Satan didn’t approach Adam with that question, because he knew Eve would be more vulnerable to his temptation of doubting God’s word to them. That means that Adam needed to be the spiritual leader in their relationship and run interference between Satan and Eve.

There is one of several important principles here. It is the man’s responsibility to pass along spiritual truths and teachings to his family and hold them accountable to it. That is how Eve even knew what God had said, not because God told her, but because Adam had told her. No, that doesn’t alleviate a wife or children of their own spiritual responsibility. It does mean it is the man’s responsibility to hold his family accountable to God’s Word. Adam was present with Eve. He could have interrupted the conversation and told the serpent ‘no’ because he knew God’s word on it, but he didn’t. That isn’t to say that a wife or children aren’t responsible for their own spiritual life, but that the man needs to hold his wife and family accountable to God’s Word. Sure, each person is accountable for their own actions, but the man of the family needs to warn and teach his family when the opportunity arises, as it did for Adam. Men, be aware of the times that Satan tries to undermine God’s Word in the life of your family. Don’t just overlook it, thinking that it will go away or work itself out in the life of your family member. Encourage, warn and teach as needed.