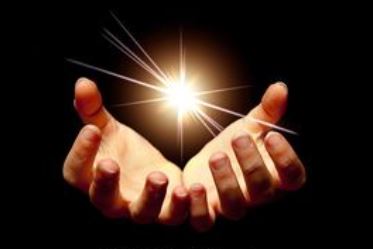 Here is a principle that can make the difference or change that you need in your life right now:

In I Kings chapter 17, we see where the widow at Zeraphath was going to use the last of her oil and flower to make herself and her son their last meal and then starve to death. There was a famine in the land due to a long drought and that was all she had left. Elijah told her to use it to bake him some bread instead and that her oil would not run dry and her flour would not be used up. She honored the word of the Lord and as a result she had all the oil and flour she needed until the famine was over. This widow used her limited resources to honor the word of the Lord and God released his unlimited provision to her until it was no longer needed.

In I Kings chapter 18, Elijah builds an altar on Mt Carmel, prepares an offering and has four large containers of water poured over it three times. That’s twelve large containers of water, enough water to fill the trench he built around the altar. The fire of God falls on the altar, consuming the sacrifice, the stones and even dries up the water. We understand the miracle of the fire licking up the water because water extinguishes fire, not the other way around. But there is something else significant here: There was a severe famine in the land. According to the beginning of chapter 18, it was in the third year. In other words, water was a precious commodity. It was liquid gold. It was worth it’s weight in gold. And here Elijah uses 12 large containers of water by “wasting” it on this altar rather than preserving it for drinking. Elijah used a very limited resource to honor God and God displayed his unlimited power.

You may feel that you have very little to offer God. Great, because sometimes that’s all God requires – to give the little we have to honor him. That limited resource might be your time or money or service or a simple act of obedience to honor him. Whatever it is, rather than using it on yourself, offer it to God and watch him release his power and provision in your life.