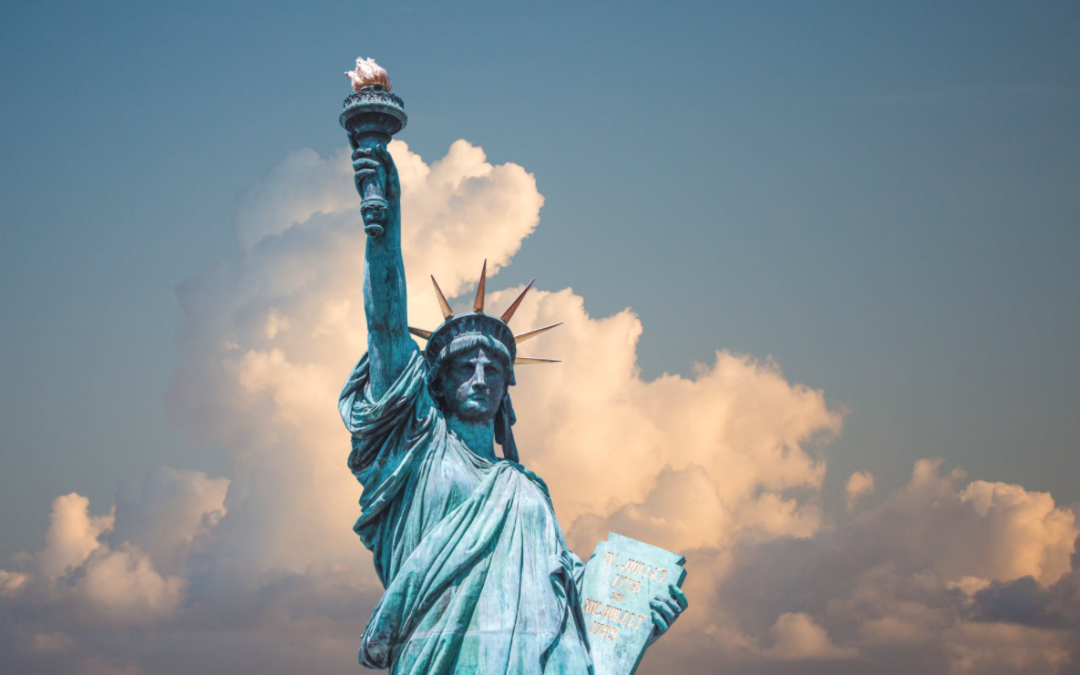 With the most fraudulent election in the history of our country taken place right before our eyes, America has taken a very dark turn. There has never been an election in modern history that has decided the fate and future of our beloved country. This past election has been a battle for America’s future. It wasn’t a battle between Democrats or Republicans. It was a battle between what the right and the left both stand for. It was a battle between right and wrong, good and evil, light and darkness, freedom and tyranny. The right and left have never been so diametrically opposed in modern history as they are today. The right defends the Constitution of the United States. The left wants to eliminate it.

In Acts chapter 27 we read of Paul’s voyage to Rome to stand trial before Caesar. Paul warns the centurion, the pilot and the owner of the ship not to set sail because the “voyage is going to be disastrous and bring great loss”, but they ignore Paul’s advice and set sail anyway (v. 10). During the voyage, those who decided to proceed, “thought they obtained what they wanted” when the winds begin blowing in their favor (v. 13). Before long, however, they find themselves in the middle of a ferocious storm. The storm becomes so violent that they throw cargo and tackle overboard and place ropes under the ship to keep it from falling apart. The storm rages for so many days that they “finally gave up all hope of being saved” (v. 20). Paul is able to encourage all of them on board due to the angelic visitation that he received in the night promising that their lives would be spared. The ship is destroyed by the storm, but those on board survive as Paul was told.

When I read my Bible, I look for application to my own personal life. There have been times over the past year, without evening thinking about it, where a verse or passage automatically takes me to its application to our country. This is one of two passages that I want to address here.

The Democratic Party thinks they’ve “obtained what they wanted” by stealing the election and taking office (the evidence is overwhelming). They’ve set sail on a course that they believe is in their favor. Many America loving people have “given up all hope” of our lives and liberties being saved with the present administration that is in place. The “storm” hasn’t even taken place yet, but it is coming. The winds are starting to blow. The Democratic “ship” is going to take a pounding and will be destroyed. The lies, corruption, fraud and deception will all be exposed. In the same way, everyone who has lost hope for this country due to this present demonized administration, can have hope that God is going to save this country from tyranny.

The second passage I want to address here, is in 2 Samuel chapter 15. We read where Absalom, King David’s son, led a conspiracy for four years to dethrone his father and take over the kingdom. He was successful, but it didn’t last long. David and his followers fled the palace and Jerusalem. Absalom takes up the throne, but that isn’t enough. Absalom and his men pursue David in order to kill him and secure the throne for all time. But the tables turn. Absalom is the one who dies in battle and David returns to the palace in Jerusalem and resumes his position as king.

I can’t help but wonder if we are living in a Davidic Era. History has been known to repeat itself. President Trump has been forced out of office through a democratic conspiracy that had been in the making for the four years he was in office. He has left the “palace” and “Jerusalem”. But that wasn’t enough for the Dem’s. They then attempted to take out President Trump completely through this last impeachment to keep him from ever returning to office again. There are far too many similarities between these two events that just can’t be ignored. If this is the case today, like Absalom and David, I wouldn’t be a bit surprised if God unseats Biden before his term is up and President Trump returns to office. One thing I know is certain, God is going to bring a shaking in judgment and a spiritual awakening to this country like we’ve never experienced before.

When God steps on the scene everything changes. That “step” is going to be a shaking by a coming storm of God’s judgment. Jeremiah 30:23 and 24 says, “See the storm of the Lord will burst out in wrath, a driving wind swirling down on the heads of the wicked. The fierce anger of the Lord will not turn back until he fully accomplishes the purposes of his heart. In days to come you will understand this.” I believe that the “storm of the Lord” is on the horizon and will come without warning. So get ready. A storm is coming! How far down this road we will have to go remains to be seen. God is going to bring this country to its knees. He is also going to resurrect and revive this country through a spiritual awakening. There will be a revitalization of the church and an evangelization of the lost like we’ve never seen.

It was God himself who founded this country and he has not given up on us. So during this time of uncertainty, coming judgment and spiritual awakening, press into God and press on in faith. He is not finished with America yet.